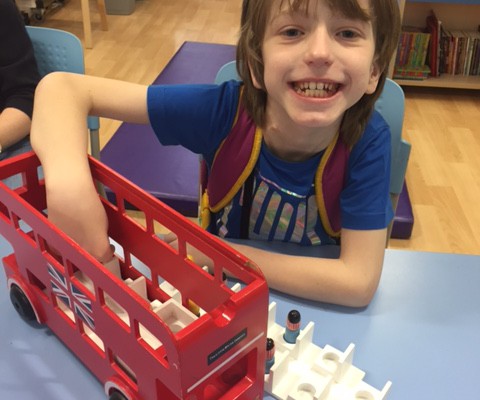 We have been doing lots of role play to inspire writing this half term. Albert loves playing with the toy bus and pretending he is a passenger or a driver. In one role play session Albert played a dissatisfied passenger on a 345 bus and he used this as inspiration for his writing below.

I am wirting to make an ofiashall complant. At four o clock this afteroon I got on the 345 to Clapham to go to a wedding. I was so angry when I got off the bus because my troures were covered in sticky chotale cake! I had to bin them and they were my favortoue.

I want my money back for my ticket and my silk toruesrs wich were £100.

I hope I have a sorry leatter come thorhg the post soon.