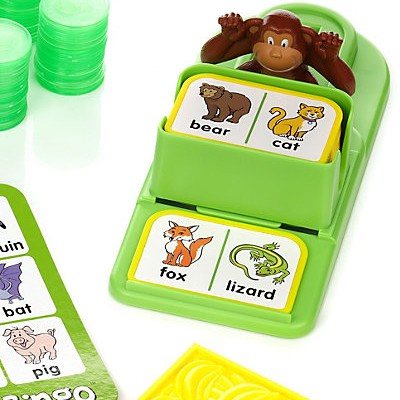 Children in CW have been playing with our new game ‘Monkey Bingo.’ We have really enjoyed playing a new game.

Read their reviews below:

Jonathan –  ‘I really enjoy this game. As soon as we opened it we knew it would be cool because it is colourful and different. The funny thing is that when you are winning you are actually in a tie – you could keep playing late into the night to try to win! I would recommend this game for all ages. Young children would learn new animal names and how to be patient. I would give the game 4 stars.’

Maryam – ‘I really enjoyed the game monkey bingo because you never know what two animals are going to pop up, and even if it seems like you are losing you can win. I especially liked it because I won when I never actually expected it! I would definitely recommend it for all ages and I would give it 5 stars!’

Frankie – ‘The game was really fun and I wish I had the game at home because its like or is bingo and I love bingo games. Monkey bingo has many animals so many of my favorite animals as well as foxes and most ordinary dogs! There is also a monkey in a card but I think it should be golden or sparkling because the front cover is monkey bingo. I would rate this game 10 out of 10.’