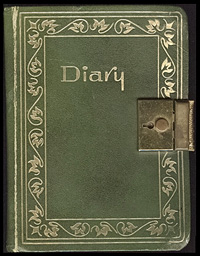 Khia has written a fantastic diary entry from the perspective of a person with Primary Ciliary Dyskinesia (PCD).  It is such a thoughtful, considered piece and we are very proud to share it with readers on the writing blog.

If you are moved by Khia’s writing or would like to learn more about PCD, please visit http://pcdsupport.org.uk/

Primary ciliary dyskinesia (PCD) is a rare genetic lung disorder, also known as Immotile Cilia Syndrome. I have it. I don’t want it. I didn’t ask for it. I just have it.

I am thirteen now. I had my birthday yesterday. I found out I had PCD when I was 7. It was scary, it was the first time I didn’t really know what was going to happen next. I went for my first admission to Royal Brompton Hospital when I was 7 in 2010. I had to have an operation, my first one. I didn’t know what was going to happen to me. I was lucky though as I had my family with me and the hospital had someone explain to me what they were going to do during my operation. They were really nice. That’s what I care about most in the world…support (friends, family, hospital staff and any other type of support).

Even though I have support helping me through my admission, being in hospital is still not ideal and it never will be. Up until the age of 10 I was terrified every time I was admitted. I was scared of one thing in particular. Petrified even. Needles – my biggest fear!!! I had to have regular blood tests and long lines and cannulas (a thin tube inside a vein to give medication) these also involve needles. My veins are very small so it’s hard to get my lines/cannulas in. Once I had to be sedated as they had to put my line I my foot. I use cream to numb the skin so I don’t feel the needle but it doesn’t stop the butterflies fluttering around my tummy. I had a psychologist to help me and by time I was ten I was over the fear. I wouldn’t say completely as I still get butterflies.

People don’t really know about my condition apart from some of my friends and family. I guess that is my biggest secret. It doesn’t really come into conversation but I don’t really want to tell people as it makes me feel less normal and I don’t wanted to be treated differently. It’s hard sometimes as I have to miss school which means I miss work ad worry I will fall behind. When I get back to school people ask where I have been…I don’t know what to say. It is annoying. Sometimes I feel like a burden to my family as they have to make time for my medicines and have to always put me first. That doesn’t make me feel too great.

Having this condition means I can’t always do what I would like to. For example I get tired easily as my lungs can’t keep up so I can’t always do a lot of sport or even sometimes run to my next class. I have to wear extra layers in the winter even if it makes me look odd compared to my friends. I know it is only for the good of my health but still…I am a teenager after all. I can’t always go out with my friends for sleepovers as it dents my medical routine. I guess I just want to be normal and this condition is a wall which I can’t climb.

People say I am a hero because I have this condition yet I still wake up with a smile on my face everyday. Why? Because I think that there is no point mourning and feeling sorry for myself as that doesn’t get me anywhere so instead I live life like everyday is my last!